The City of the Dead: The ghostly Chinese town filled with luxury properties that nobody lives in 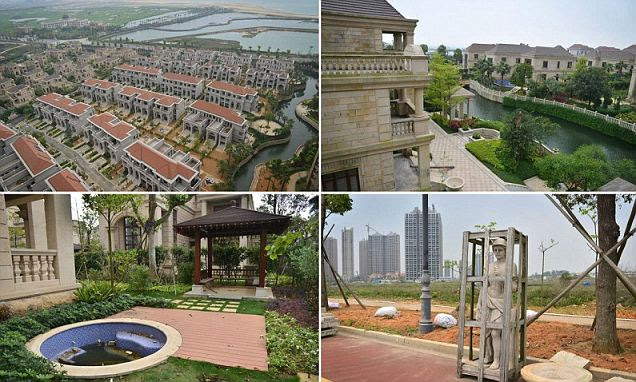 Locals call it 'The City of the Dead', a ghostly urban landscape with no residents to fill it. More than 100 villas stand empty after they were built six years ago for locals in the Chinese city of Beihai, in the Guangxi Zhuang Autonomous Region. They were built to cater to a new rising class of wealthy people who, it was hoped, would invest in real estate and snap up the properties, many of which are priced at over three million yuan.

There is much more including several striking pictures of the deserted cities that look almost new.  The question is how long can China keep this real estate bubble afloat?
China Housing