...
The current Mufti surely knows that the Al Aqsa Mosque suffered a major collapse during an earthquake in 1927. Renovation took several years, and in that period at least two Christian photographers, including British archeologist Robert Hamilton, ventured into and under the mosque. Hamilton, from the British Archaeological Authority, “photographed, sketched, excavated and analyzed” what he saw, according to Nadav Shragai, a scholar on Jerusalem, writing in Yisrael HaYom.4 But Hamilton promised the Islamic Authorities, the Waqf, that he would make “no mention of any findings that the Muslims would have found inconvenient” such as findings from the time of the Jewish Temples. The photographers documented the mosaics, passageways, cisterns, and lumber that apparently were part of the Temples.

Many of Hamilton’s photos may be viewed today on the site of the British Authority’s successor, the Israel Antiquities Authority.5 Other pictures may be found in the Library of Congress’ archives of the American Colony photographers. 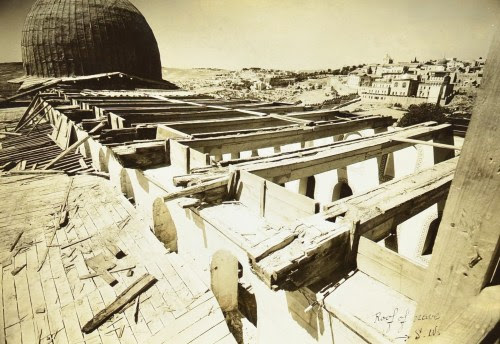 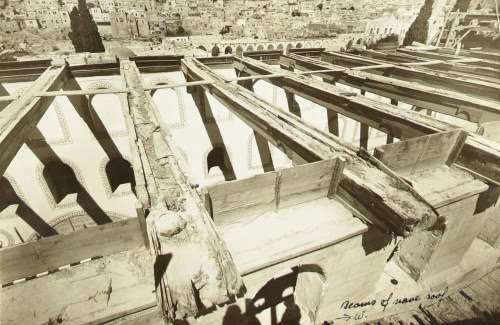 After collapse of the roof of Al Aqsa, only the rafters remained. Analyses of the beams showed they were cedar and cypress wood; carbon dating showed some dated back more than 2,000 years, suggesting they had been used in earlier structures.6 In the top picture the Porat Yosef Yeshiva with its white dome can be seen on the right. It was destroyed by the Jordanians in 1948.
(Israel Antiquities Authority Archives)
...

This is more evidence that the claims made by Muslims concerning the religious site are indeed fraudulent.   They get into such an emotional snit about the place that is is impossible to reason with them.   They become like the crazy man on the street corner that people just walk around rather than engage them.
Israel Muslims