G.O.P. Firebrands Tone Down Their Message and Run Again 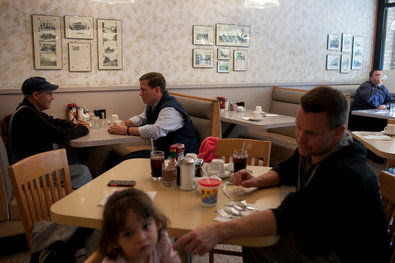 Former Representative Bob Dold, second from left, in Libertyville, Ill., in November. Mr. Dold, who lost in 2012 after one term, is seeking a comeback next year.
Republican candidates who benefited from the Tea Party in 2010, but lost two years later, hope to rebound next year by focusing on the health care law.

The Democrats are going to be on the defensive about the healthcare law and these guys are in a strong position to say, "I told you so."  The law is hurting more [people than it is helping and the administration does not seem  to care.  Obama and the Democrats appear to be saying "onward through the fog." of their own creation.
2014 Election health care