It was dubbed 'Big Bird' and it was considered the most successful space spy satellite program of the Cold War era.

From 1971 to 1986 a total of 20 satellites were launched, each containing 60 miles of film and sophisticated cameras that orbited the earth snapping vast, panoramic photographs of the Soviet Union, China and other potential foes. Enlarge 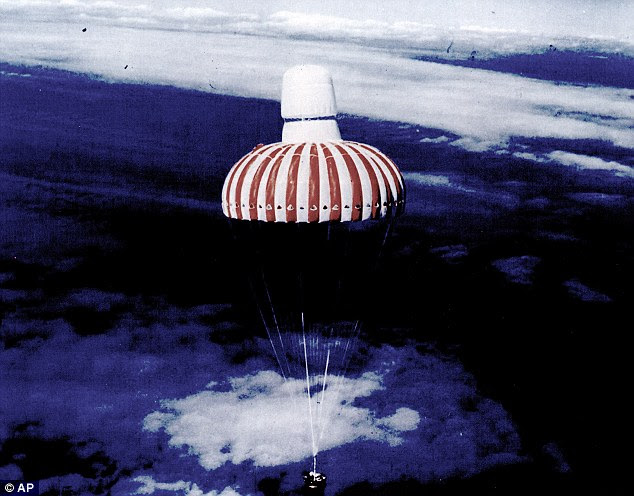 Eyes in the skies: A film canister from the Hexagon program is parachuted to Earth before it is picked by a plane for recovery

The film was shot back through the earth's atmosphere in buckets that parachuted over the Pacific Ocean, where C-130 Air Force planes snagged them with grappling hooks.

The scale, ambition and sheer ingenuity of Hexagon KH-9 was breathtaking. The fact that 19 out of 20 launches were successful (the final mission blew up because the booster rockets failed) is astonishing.

So too is the human tale of the 45-year-old secret that many took to their graves.
...

There is much more about the 1000 or so Americans who worked on the project in Connecticut.   It gave a picture of the Soviet Union and China that made it clear that no attack was threatened.  It made decision making much easier in Washington.
CIA Weapon systems