The problem with liberals 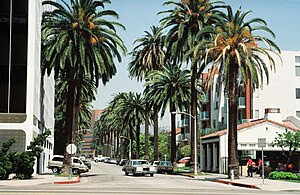 It's a question that puzzles most liberals and bothers some conservatives. Why are so many modest-income white voters rejecting the Obama Democrats' policies of economic redistribution and embracing the small-government policies of the Tea Party movement?

Liberals are puzzled by this. Thomas Frank's book "What's the Matter with Kansas?" argued that modest-income whites were bamboozled by the moneyed elite to vote on cultural issues rather than in their direct economic interest.

But that's no more plausible than the notion that rich liberals from Park Avenue to Beverly Hills have been bamboozled to vote the opposite way on similar issues rather than for those who would extend the Bush tax cuts. People are entitled to base their vote on the things they think important. They don't always vote just to maximize their short-term income.

In any case the cultural issues seemed to be eclipsed by economic issues in 2010, when Republicans carried non-college whites 63 to 33 percent in House elections. That was almost as large a percentage margin as the Democrats 74 to 24 percent among the smaller number of nonwhites.

The recoil in 2010 against the Obama Democrats' vast expansion of the size and scope of government seems to have a cultural or a moral dimension as well. It was a vote, as my Washington Examiner colleague Timothy P. Carney wrote last week, expressing "anger at those unfairly getting rich -- at the taxpayer's expense."

Those include well-connected Wall Street firms like Goldman Sachs that got bailed out and giant corporations like General Electric that shape legislation so they can profit. They include the public employee unions who have bribed politicians to grant them pensions and benefits unavailable to most Americans.

I think it is more a recognition that the current spending frenzy of the Democrats is just not sustainable and the debt they are piling up will require confiscatory taxes on our grand children that will destroy our posterity.

That is why many of them are ready to tackle Social Security, even though they maybe the primary beneficiaries of the current system. They can see that when their grand kids start having to support their kids, it just is not going to work for either.

That Democrats can't see this makes the Tea Party activist wonder what is the matter with liberals.