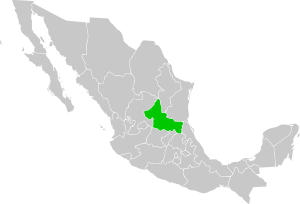 Mexican authorities have arrested two alleged leaders of the Zetas drug gang in connection with the murder of a US immigration official.

The suspected local head of the Zetas drugs gang in the northern state of Coahuila, Sergio "El Toto" Mora, was arrested by marines in Saltillo.

Another suspected gang member has been accused of killing Agent Jaime Zapata.

Julian Zapata Espinoza, who was arrested last week, told soldiers he and other gunmen opened fire on the agent's car, thinking it belonged to a rival gang, officials said.

Another US Immigrations and Customs (ICE) official, Victor Avila, was injured in the ambush outside the city of San Luis Potosi.

Mr Mora is suspected of running the Zetas' operations in San Luis Potosi.

Mr Rojo is alleged to be responsible for handling the gang's finances in the region.

The killing is looking like a huge strategic mistake by the Zetas/ It has motivated swift reaction by Mexican authorities. As I indicated at the time of the shooting the Mexican Marines could have a key part in bringing the killers to justice.