The Russians and the US election

Computer Systems Used by Clinton Campaign Are Said to Be Hacked, Apparently by Russians 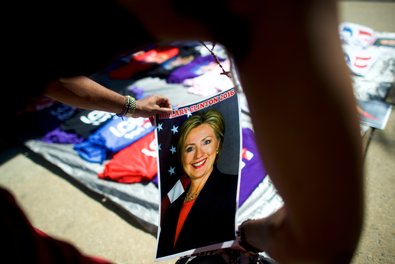 Souvenirs at a Clinton rally in Philadelphia on Friday.
A federal law enforcement official said the intrusion appeared to have come from that country’s intelligence services.

The Russian intelligence service's focus on Hillary Clinton is pretty obvious.  Lexx obvious was their efforts in the GOP primary where they used bogus Twitter accounts to attack Trump opponents in the most vile ways possible.   They turned Twitter into a sewer of insults and epithets.  Trump supporters amplified these attacks by retweeting them regularly.

Are they trying to turn Trump into a Manchurian candidate?  It is clear that Putin is still angry with Clinton for her perceived interference in his own election.  Trump's stated willingness to accept Russian aggression in Crimea and elsewhere is probably also seen as a plus in Moscow.

The Clinton campaign is not without fault, since it failed to cooperate with the FBI when it was told it was under attack.  It is more evidence of Clinton's secrecy getting in the way of her own security and suggests she really has not learned her lesson from the email controversy and the mishandling of classified materials.  She has demonstrated poor judgment in both instances.
Hillary Clinton Russia Trump