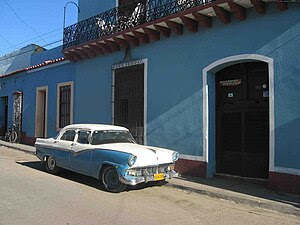 In one Cuban hospital, patients had to bring their own light bulbs. In another, the staff used ``a primitive manual vacuum'' on a woman who had miscarried. In others, Cuban patients pay bribes to obtain better treatment.

Those and other observations by an unidentified nurse assigned to the U.S. diplomatic mission in Havana were included in a dispatch sent by the mission in January 2008 and made public this month by WikiLeaks.

Titled ``Cuban healthcare: Aquí Nada es Facil'' -- Nothing here is easy -- the cable offers a withering assessment by the nurse, officially a Foreign Service Health Practitioner, or FSHP, who already had lived in Cuba for 2 ½ years.

The Cuban government still boasts of its vast public health system, though the system suffered deeply after Soviet subsidies ended in 1991. It also blames most of the system's problems on the U.S. embargo. Though U.S. medical sales to Cuba are legal, the process can be cumbersome and Havana can sometimes find better prices elsewhere.

At one OB-Gyn hospital, the dispatch reported, the staff ``used a primitive manual vacuum to aspirate'' the womb of a Cuban woman who had a miscarriage ``without any anesthesia or pain medicine. She was offered no . . . follow up appointments.''

A 6-year old boy with bone cancer could only be visited at a hospital by his parents for ``limited hours,'' the cable added.

Cancer patients receiving chemotherapy or radiation get ``little in the way of symptom or side-effects care . . . that is critically important in being able to continue treatments, let alone provide comfort to an already emotionally distraught victim,'' the dispatch noted.

``Cancer patients are not provided with, nor can they find locally, simple medications such as Aspirin, Tylenol, skin lotions, vitamins, etc.,'' it added.

HIV-positive Cubans have only one facility, the Instituto Pedro Kouri in Havana, that can provide specialty care and medications, the cable noted. Because of transportation problems and costs, some patients from the provinces may be seen only once per year.

Kouri institute patients can wait months for an appointment, ``but can often move ahead in line by offering a gift,'' the dispatch added. ``We are told five Cuban convertible pesos (approximately USD 5.40) can get one an x-ray.''

This is not the picture Michael Moore or other leftist paint of Cuba's rationed health care system. The story gives a whole new meaning to BYOB--bring your own bulbs.