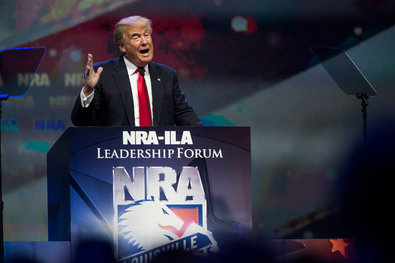 Democrats have rarely had to face their own medicine like this.  He is much less inhibited than pas GOP candidates in challenging his opponent.  It also taps into the anger that many have toward the way Democrats have tried to run this country for the last seven and a half years.

Trump: Clinton shouldn’t have armed protection if she opposes guns