Convoy of drones designed to fly along with piloted craft 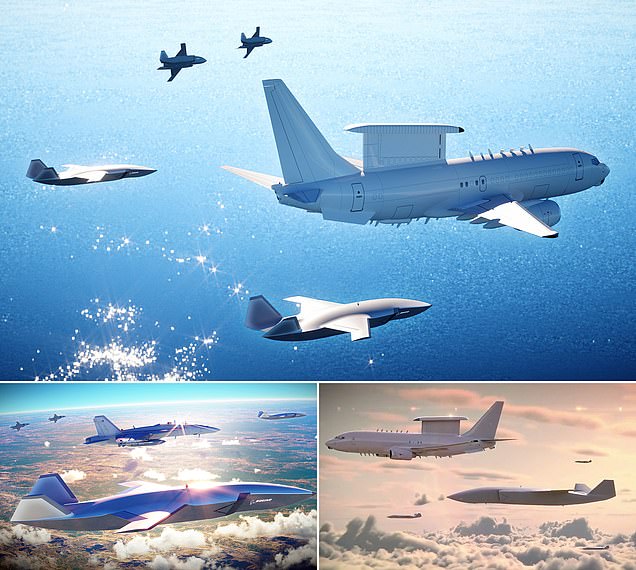 Boeing has unveiled a new autonomous fighter jet plane that's designed to be a sidekick for piloted planes and could take to the skies as soon as 2020. The unmanned drone, dubbed the 'Loyal Wingman,' is 38 feet long, has a 2,000 nautical mile range and is equipped with onboard sensors that enable it to conduct intelligence, surveillance and reconnaissance missions, as well as electronic warfare.

This is an interesting concept that is probably pretty far along if they are going into service in the next two years.  I suspect they could have missions other than the ones described.  They might also be able to operate in swarms.
UAV's war tech