Liberalism not selling in Colorado? 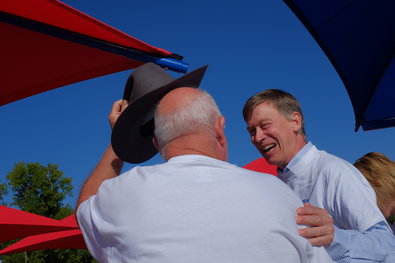 His anti gun legislation that chased off businesses has hurt him.  Liberals in Colorado have been trying to rule against the will of the people and it has caught up with them. Cory Gardner is also looking strong in running against Udall who has been a dependable vote for Harry Reid and Obama.  The Democrats may be hoping the stoners and dopers will bail them out.
2014 Election Colorado