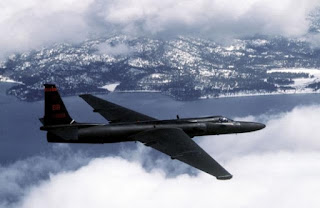 As a sleek black U-2 roared back from a mission, Pontiac muscle cars zoomed along the runway to help it touch down using a low-tech method dating back more than half a century to when this Cold War-era aircraft was cutting-edge.
"It's notorious for being hard to land," the pilot said after climbing out of the cockpit.
But the legendary U-2 "Dragon Lady" remains one of Washington's most prized possessions on the Cold War's last hot front. Pumped up by a $1 billion overhaul, a trio of these piloted aircraft are proving they can still compete with the most futuristic drones on a crucial mission: spying on North Korea.
For more than 35 years, the U-2 has been one of Washington's most reliable windows into military movements inside the secretive nation. Unlike satellites, they can be redirected at short notice to loiter over target areas. Last month, the U.S. Air Force postponed at least until 2020 any plans to replace them with costlier, unmanned Global Hawks. 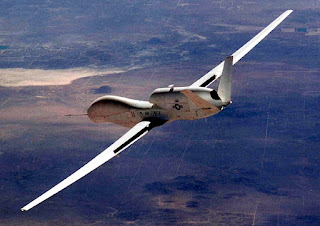 As the world watches for signs of instability during North Korea's transition to a new leadership, the U-2 operations are as important — or more so — than ever.
The Korean peninsula's precarious peace was underscored this month, when North Korea, angry over South Korean artillery drills and joint maneuvers with the U.S., warned it was prepared for "total war" and "merciless retaliatory strikes" if necessary. The rhetoric did not mention the U-2s, but North Korea has frequently slammed their spy missions as belligerent.
Other than complain, however, there is little it can do to stop the flights.

The design is much older than 35 years.  Eisenhower was President in the 1950s when Francis Gary  Powers was show down by the Soviets on a spy mission in a U-2.  The global Hawks have been an expensive disappointment for a drone.  We can do better than that.

The bombast coming out of North Korea is a sign of its instability and fear.  The country has become like a belligerent Yorkshire Terrier yapping away trying to scare off what it fears.
North Korea U-2s UAV's