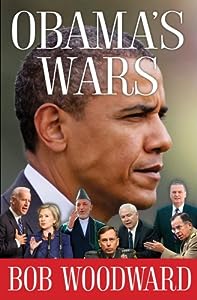 In May of this year, President Obama brought together a group of presidential historians for what was supposed to be the first of many meetings. By available accounts, he was curious about the rise of the tea party, curious as to whether there had been precedents for this sort of backlash against the established order. He listened to these experts of the American presidency, but was prickly and didn't give anything away.

We shouldn't be surprised. What most engaged Mr. Obama before his rise to the highest office in the land was his own biography. He had stood aloof from the weight and the lessons of American history; where so many of his predecessors had sought comfort and guidance in the ordeal of presidents past, there was no great deference in him to the burdens those 43 men carried. He didn't look like those other presidents on the dollar bills, he said early on in his political odyssey.

"Ghosts," he said in one meeting with his national security advisers when the late Richard Holbrooke, his representative for Afghanistan and Pakistan, tried to draw parallels between Lyndon Johnson's dilemmas in Vietnam and the current American engagement in Afghanistan. Vietnam was not particularly relevant to him, he told Bob Woodward in "Obama's Wars." He was 13 in 1975, he said, when South Vietnam fell: "So I grew up with none of the baggage that arose out of the dispute of the Vietnam war. I also had a lot of confidence."

Certainly the Democrats have a lot of baggage for what they did to insure the defeat of South Vietnam. Despite what Obama says, he does not want that baggage of defeat for our effort in Afghanistan. He screwed up by not sending enough troops in the surge there, but hopefully there will be enough to set back the enemy and Obama will not sound retreat too soon.