The coming battle over American exceptionalism 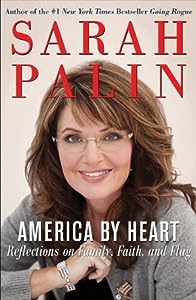 Is this a great country or what?

"American exceptionalism" is a phrase that, until recently, was rarely heard outside the confines of think tanks, opinion journals and university history departments.

But with Republicans and tea party activists accusing President Obama and the Democrats of turning the country toward socialism, the idea that the United States is inherently superior to the world's other nations has become the battle cry from a new front in the ongoing culture wars. Lately, it seems to be on the lips of just about every Republican who is giving any thought to running for president in 2012.

"This reorientation away from a celebration of American exceptionalism is misguided and bankrupt," former Massachusetts governor Mitt Romney writes in his campaign setup book, "No Apology: The Case For American Greatness."

On Monday, Rep. Mike Pence (R-Ind.), who is also considering a White House bid, is scheduled to address the Detroit Economic Club on "Restoring American Exceptionalism: A Vision for Economic Growth and Prosperity."

For former Alaska governor Sarah Palin, the concept is a frequent theme in her speeches, Facebook postings, tweets and appearances on Fox News Channel. Her just-published book, "America by Heart," has a chapter titled "America the Exceptional."

Newt Gingrich, the former House speaker, contends in his speeches that Obama's views on the subject are "truly alarming."

Obama's pandering to foreigners is what caused the argument to have heft. It wasn't just this statement, but the whole nature of his apology tour where he was doing the Democrats blame America first argument for foreign audiences. He seemed to be saying the US owed the world an apology for defending its interests. Palin has probably captured the theme that Obama is not standing up for America best and other Republicans have accepted her argument.