The Brownshirts of liberal fascism attacked Trump supporters in Minneapolis


Left-wing rioters attacked supporters of President Donald Trump leaving a rally in Minneapolis, Minnesota on Thursday evening — assaulting them in groups, setting fire to pro-Trump hats, and attacking the police.

Riot police stood by as members of Antifa were seen dragging steel fences away from the Target Center. They were filmed by Elijah Schaffer, a correspondent for The Blaze, a conservative news site — who was maced as he filmed.
...

at the Trump Rally

They then left the ashes as a vigil against fascism, leaving a f*ck Trump sign on the top of the pile

This is tolerance. This is the left 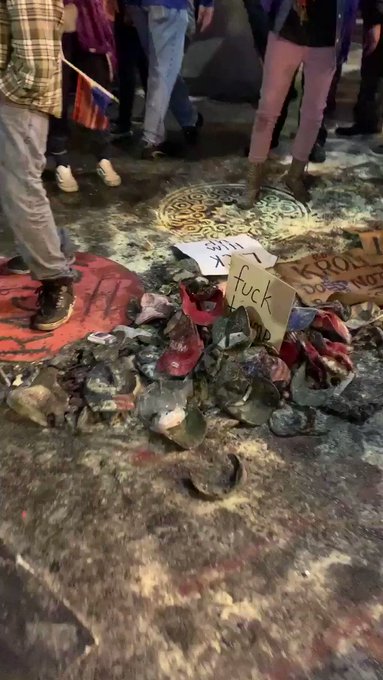 8,198 people are talking about this

Arrests have been made. Antifa is present. Violence is common place at this point. Typical end of the night anarchy 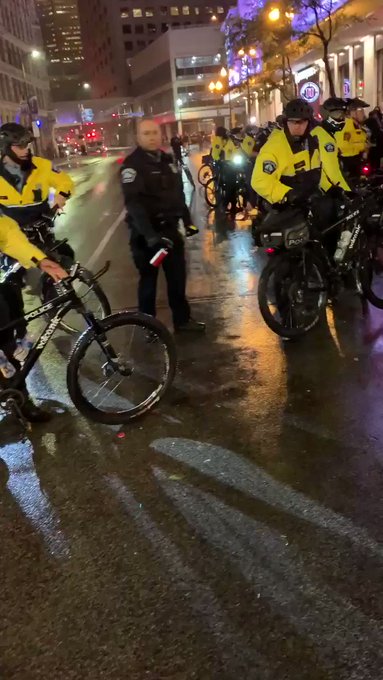 1,548 people are talking about this

Local Minneapolis Star-Tribune reporter Liz Sawyer noted there were several hundred rioters, and that some were singling out Trump supporters and surrounding them in groups before attacking them. Some also attacked police:

Large groups continue encircling one or two Trump supporters at a time. One guy just had debris thrown at him and got slapped in the face. A videographer stood up for him and helped lead him out if the circle 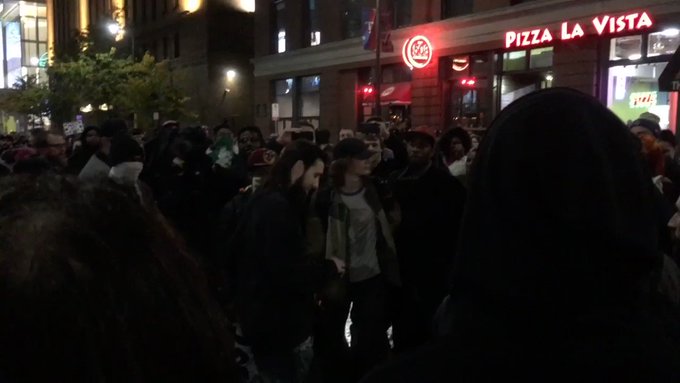 215 people are talking about this

Still several hundred protesters spread out between two groups on 1st Av. Some keep chasing trump supporters away, “saying we don’t want you here.”
Others have turned their attention to police.

Protesters completely surrounded a group of Trump supporters, at least one of whom was wearing a body camera on his chest. Some attempted to engage the group in a dialogue for several minutes, before chasing away 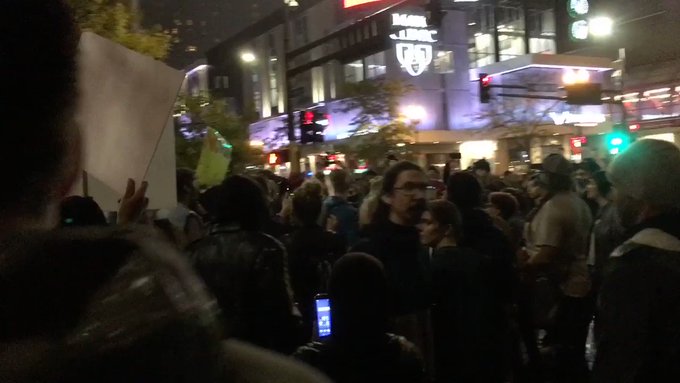 178 people are talking about this


The scene was reminiscent of the riot outside a convention center in San Jose in June 2016, when anti-Trump rioters attacked Trump supporters leaving the venue in full view of the media — and Mayor Sam Liccardo blamed Trump.

Minneapolis Mayor Jacob Frey proclaimed Thursday as “Love Trumps Hate Day” in the city, in solidarity with protests against Trump. Evidently, however, some of those among the “protesters” felt “hate” trumped “love.”

In one instance, a bystander who was not a Trump supporter reported being attacked by the anti-Trump mob:

In this riot of anti-trump. I was just trying to get through with my brother, and I’ve never been called a racist so many times let alone ever. I’ve never been shoved for just walking through for thinking I was a trump supporter. I don’t have opinions on trump but this was wack

635 people are talking about this